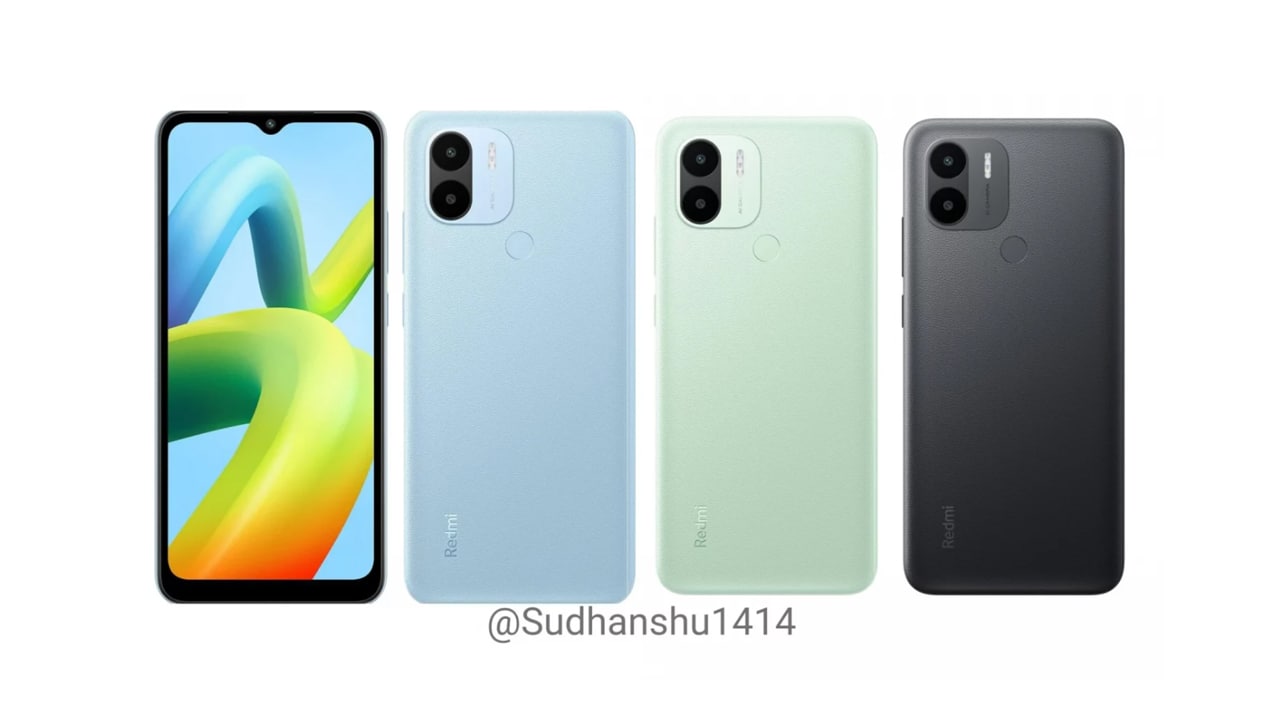 Xiaomi recently launched the Redmi A1 in India, an affordable entry-level smartphone. Now it looks like the company is gearing up to launch another A-series phone called the Redmi A1+.

The device has recently appeared on various certification websites its renders and detailed specifications have come to light. As you can see from the picture, the Redmi A1+ has three colors, a dual rear camera, a water drop screen, and back fingerprint recognition.

Moreover, it is reported that the phone will be equipped with a MediaTek Helio A22 processor, the same as the Redmi A1, with 2GB LPDDR4X memory and 32GB storage space. In terms of software, the device will run the Android 12 operating system.

In terms of imaging, the phone will be provided with dual cameras on the back, including an 8MP main camera. Front 5MP lens for selfies and video calls. The Redmi A1+ will be powered with a 5000mAh battery and a 10W charger.