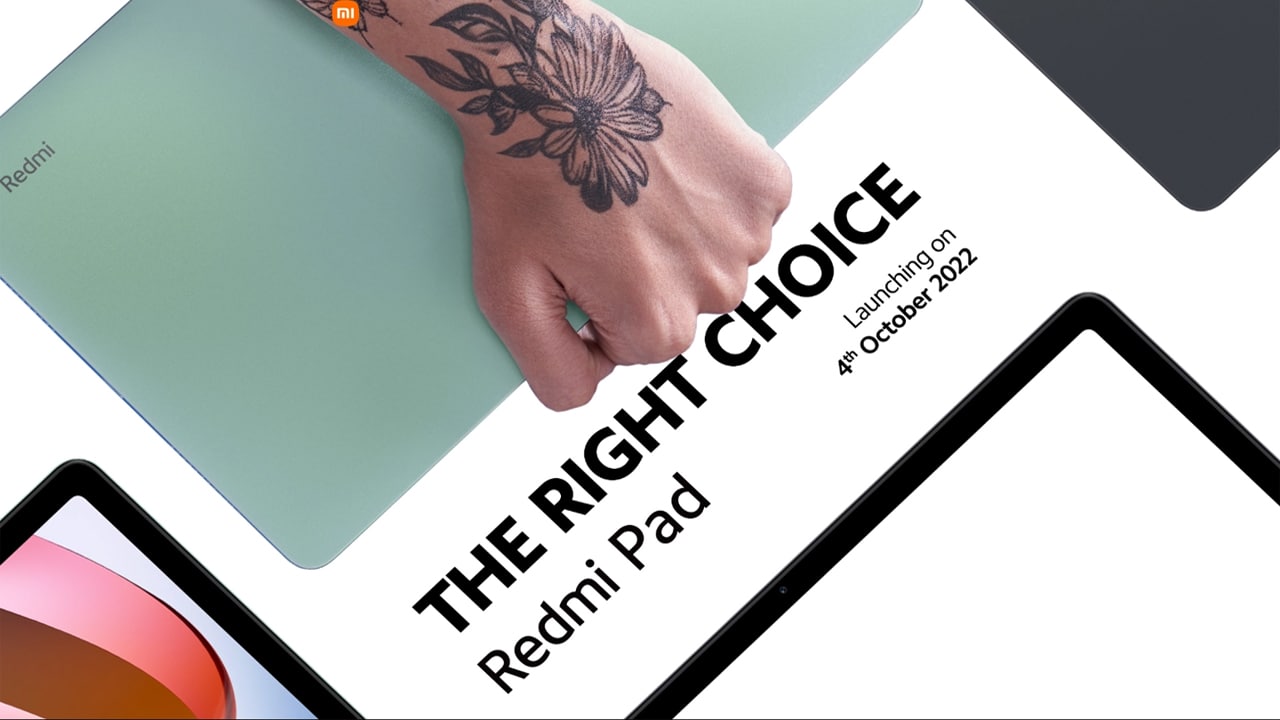 Xiaomi previously announced that it will hold a new product launch conference on October 4. At this launch, Xiaomi will release the Xiaomi 12T / 12T. According to the news released by the official account of Redmi India on social platforms, the Redmi Pad will also be unveiled at this conference.

The official said that the tablet can be used for entertainment, games, e-learning, etc. At the same time, Redmi released a picture of the Redmi Pad. The Redmi Pad will have two colors green and gray, with a rear 8-megapixel camera, and the front camera is located on the longer side of the tablet, which means that the official pays more attention to the horizontal orientation of the Redmi Pad.

According to the blogger @Digital Chat Station previously broke the news, Redmi Pad will be equipped with a MediaTek Helio G99 processor, provided with a 10.61-inch 2000*1200 90Hz LCD screen, with a maximum brightness of 400 nits, with an 8000mAh battery, powered with an 18W / 22.5W charger.

In addition, the tablet has a front 8MP and a rear 8MP lens is pre-installed with MIUI 13 For Pad based on Android 12, is featured with Dolby four speakers, and adopts an integrated body with a thickness of 7.05mm and a weight of 445g.