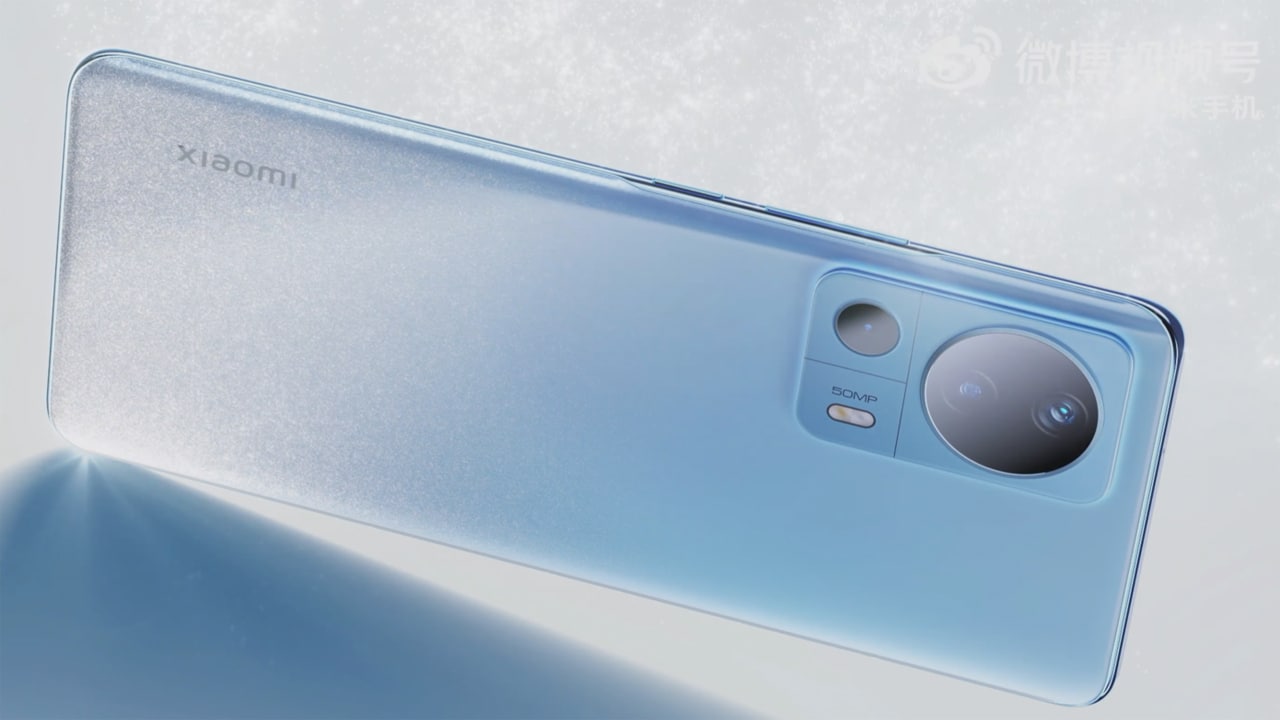 This afternoon, based on the previously unveiled white and pink color, Xiaomi officially announced the new color of the Xiaomi Civi 2 – Ice Blue and showed the appearance of the new phone.

Xiaomi Civi 2 new product launch conference will be held on September 27. At that time, the new Xiaomi Civi 2 mobile phone will be officially unveiled. In terms of design, the Xiaomi Civi 2 weighs 171.8 grams and is 7.23 mm thick. It is available in four colors: black, white, pink and blue.

In terms of configuration, Xiaomi Civi 2 is equipped with Snapdragon 7 Gen 1 processor, adopts a 1920Hz high-frequency PWM dimming screen, is provided with Dolby handset dual speakers, built-in 4500mAh battery, supports 67W wired fast charging, and officially claims that it can be charged to 100% in 40 minutes.

In terms of imaging, Xiaomi Civi 2 has a front dual main camera includes a 32MP main camera and a 32MP super wide-angle camera, and the rear camera is the same as the Xiaomi 12 which has a Sony IMX766 sensor.