Canalys has now released the latest TWS market research report. The report shows that in the second quarter of 2022, TWS was the only personal smart audio device category to achieve growth, with an increase of 8% year-on-year to 63 million units, of which the Indian market was the main driving force for the growth of this category.

At present, India has become the third largest TWS equipment market in the world. This quarter bucked the trend, with shipments increasing by 55.0%. In addition, despite the increase in shipments, the TWS market value decreased by 2.9%, which means that the macroeconomic downturn has seriously affected the profits of manufacturers. 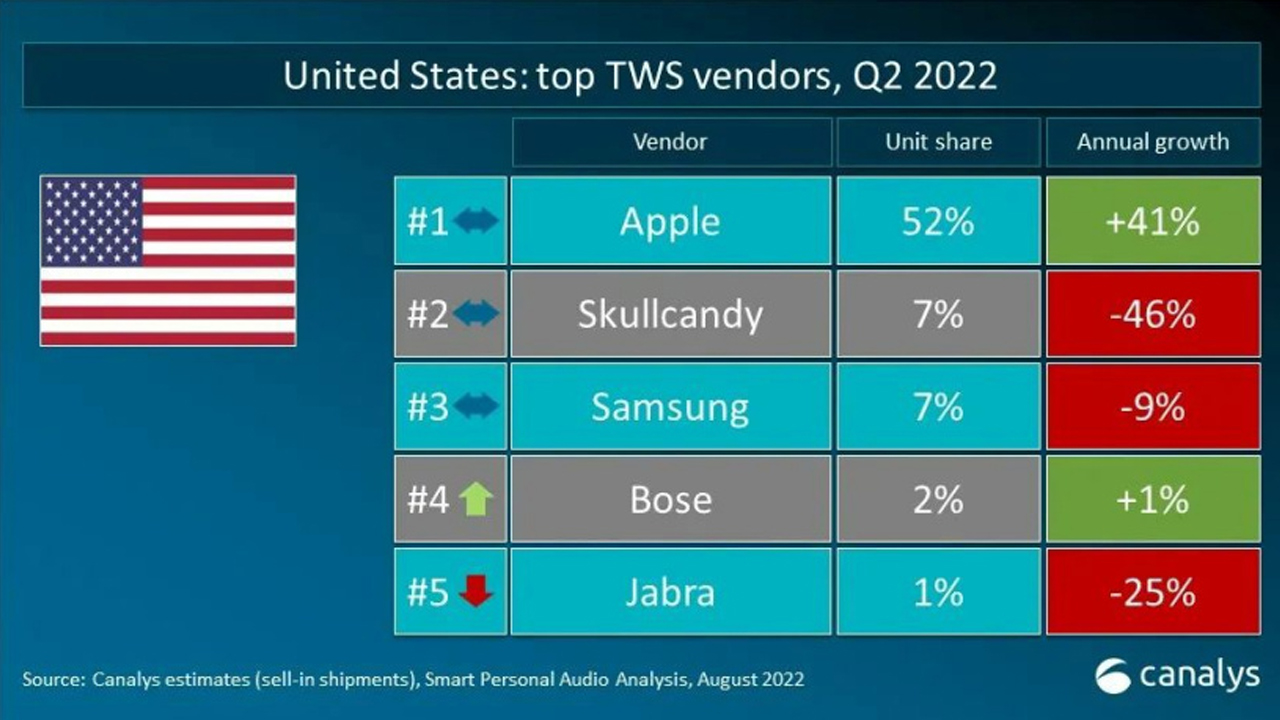 In addition, the other US, India, Russia, and Germany markets in the world’s five major markets have undergone certain changes, and the share of manufacturers such as Apple and OPPO has skyrocketed. It is worth mentioning that in the Indian market, Apple has not even entered the Top 5. In addition, Xiaomi also ranked first in the Russian market.