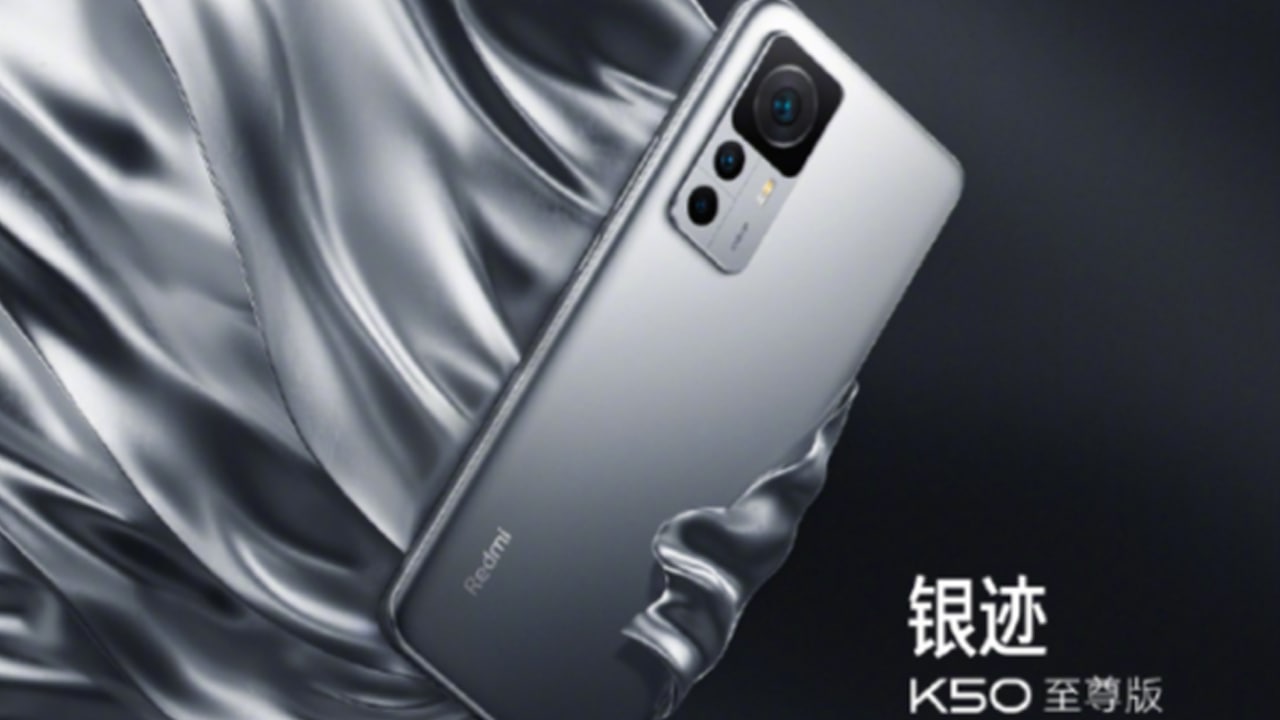 Redmi announced this morning that the Redmi K50 Extreme Edition will be released on 8/11 and will be unveiled in Lei Jun’s annual speech. The poster shows that the rear camera lens design of the device is similar to the Xiaomi 12 series mobile phone. The body is also more rounded.

Redmi has now released a full-body photo of the Redmi K50 Extreme Edition “Silver Trace”, upgraded to a metal camera Deco, using the family language; upgraded to a deep-curved AG glass, with an ultra-narrow waistline.

Redmi said, “It’s not crazy, it’s not released.” The Redmi K50 Extreme Edition is customized for “madness tuning”. “Heat dissipation + algorithm, escort the wild performance of Snapdragon 8 +. The resolution is not reduced, and 120Hz is fully released. Let go of the temperature control, and be more aggressive under the premise of suitable temperature.” The poster shows that the Redmi K50 Extreme Edition uses a centered punch-hole straight screen.

According to the Internet access information of the Ministry of Industry and Information Technology, the Redmi K50 Extreme Edition is equipped with a Snapdragon 8+ Gen 1 chip and supports 120W fast charging. Redmi officially said, “It has the most hard-core performance release in the history of the K series, not only the Snapdragon 8+ but also more radical adjustments. It is the ultimate masterpiece of the K50 universe, redesigned and upgraded across the board.”

Moreover, the Redmi K50 Extreme Edition will be equipped with an AMOLED screen with a resolution of 2712×1220, which supports fingerprint unlocking under the screen. The front 20MP camera and the rear main camera are not the 200MP previously guessed, but the 108MP Samsung ISOCELL HM6 main camera and the other lenses are 8-megapixel ultra-wide-angle and 2-megapixel macro lenses.

At the same time, according to the previous network information, the machine will also be equipped with a 5000mAh battery. It has two storage combinations of 8GB+128GB and 12GB+256GB, and the factory is equipped with MIUI 13 operating system based on Android 12.

According to Weibo blogger @Digital Chat Station, the Redmi K50 Extreme Edition will not be absent from the large memory, and the top configuration also has a 12GB+512GB storage version.