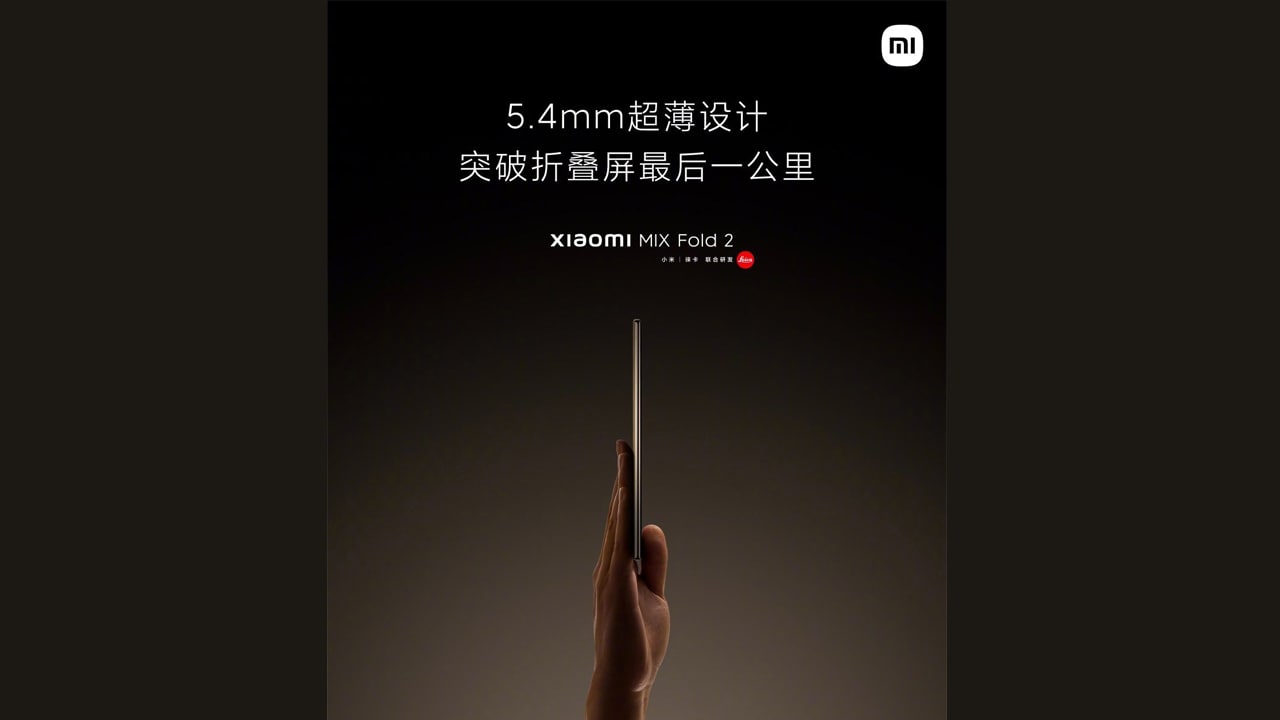 According to the revelations from blogger @panda very bald, the Xiaomi MIX Fold 2 is 5.4mm thick when unfolded, 11.4mm when folded, and weighs 262g; the Redmi K50 Extreme Edition is 8.6mm thick and weighs about 202g.

According to previous revelations, the Xiaomi MIX Fold 2 folding screen will be equipped with the Snapdragon 8+ Gen 1 chip, using internal and external dual 120Hz screens, of which the external screen is made of Samsung E5 material, and the internal screen is Samsung Eco² OLED (compared to the traditional power consumption reduction 25%), the screen crease control is better.

The Redmi K50 Extreme Edition will be equipped with a Snapdragon 8+ Gen1 chip, a built-in 5000mAh battery, and support 120W super fast charging. It has two storage combinations of 8GB+128GB and 12GB+256GB, and the factory is equipped with MIUI 13 operating system based on Android 12.

In other respects, the Redmi K50 Extreme Edition will be equipped with an AMOLED screen with a resolution of 2712×1220, which supports fingerprint unlocking under the screen. The front 20MP camera and the rear main camera use a 108MP Samsung ISOCELL HM6 main camera, and the other lenses have an 8-megapixel ultra-wide-angle and a 2-megapixel macro lens.