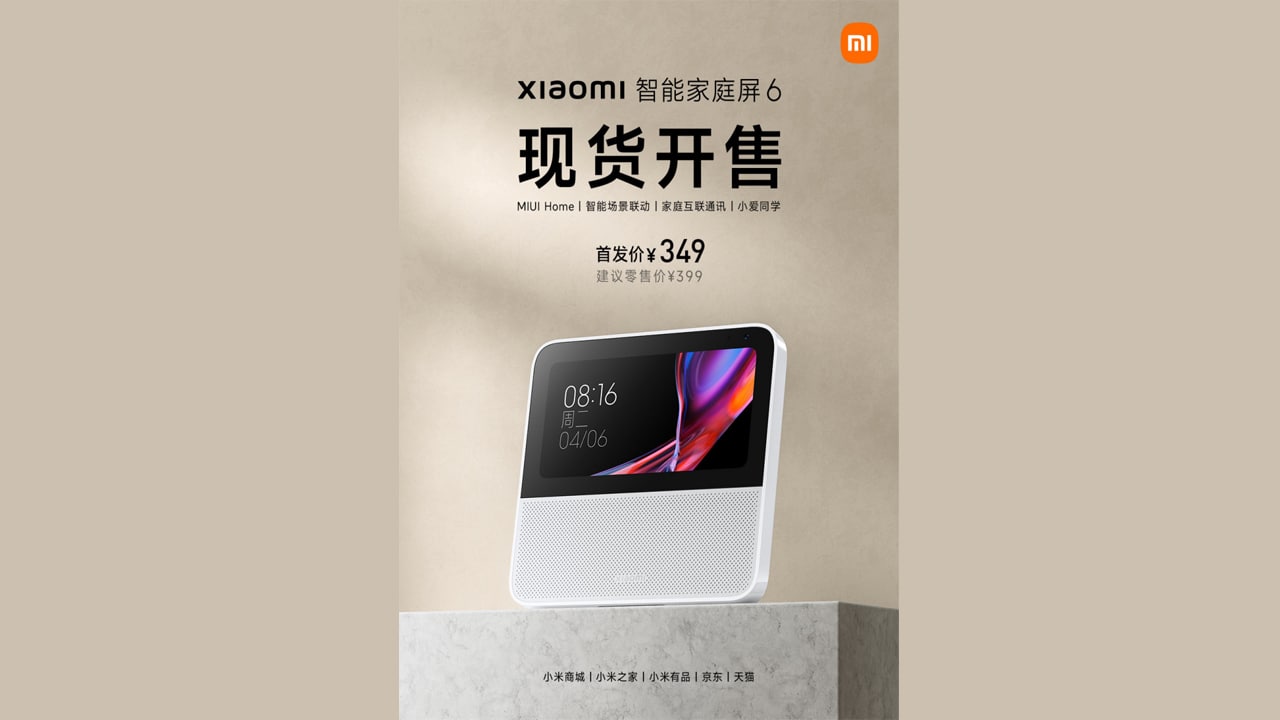 Xiaomi officially announced today that the Xiaomi Smart Home Screen 6 was officially launched today. As a new generation of Xiaomi’s smart central control, the device is equipped with the MIUI Home smart home central control system, with an initial price of USD 51.

Xiaomi Smart Home Screen 6 is equipped with a 6-inch screen. The whole device adopts an integrated design. The upper part is the screen and the lower part is the speaker. There is a shortcut button on the side of the device, which can turn off the microphone with one button, and no longer wake up Xiao Ai.

The front-facing 2-megapixel camera supports video calls and remote monitoring and is provided with a camera physical bezel to protect user privacy. There is an adjustable stand on the back of the fuselage, which is convenient for users to place.