Xiaomi has begun rolling out a new MIUI 12.5 beta update for its eligible Redmi and Mi smartphones in China. Identified via the build versions 21.11.26 and 21.11.28, the new update optimizes the stability and fluency of music widgets.

In addition, it also added a shorthand function-quickly recording mobile phone fragment information. Aside from this, one of the noticeable differences that the firmware brings is File Manager changes.

We know that Xiaomi is currently testing MIUI 13 features and changes with the MIUI 12.5 beta updates. Thus, we can expect that the mentioned changes will be seen in the new-gen MIUI, coming this December.

Moreover, as per the screenshots shared by xiaomiui, the new MIUI File Manager will come with new folder icons. However, no other change can be seen. 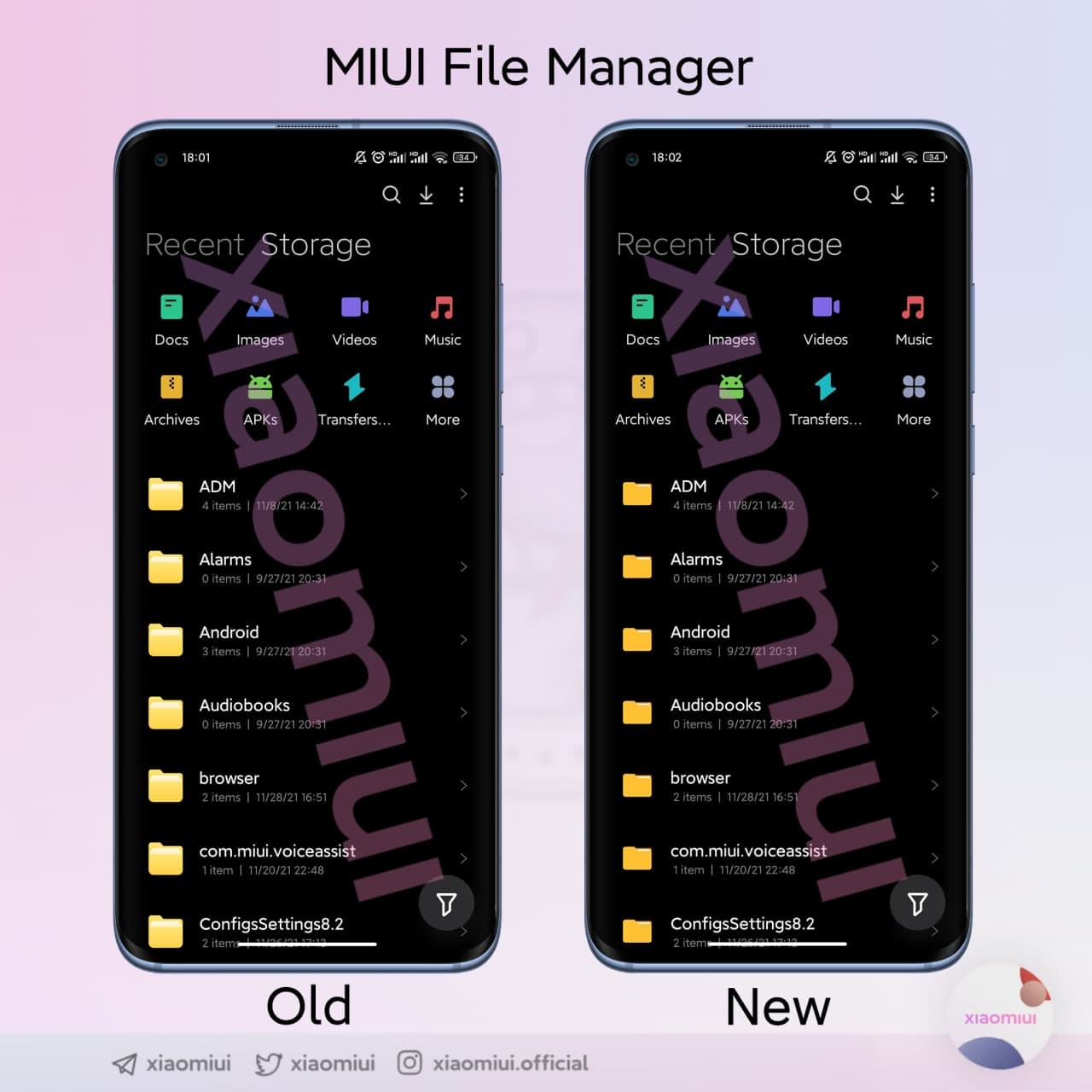 If you encounter problems with the sound of the Redmi K40 Gaming and Redmi Note 10 Pro 5G during the use of Mi Fan, please restart your phone → re-record the voiceprint of Xiao Ai → re-record the voiceprint of Xiao Ai’s classmates, it can be used normally. If this problem particularly affects the friends who use Mi Fan, you can also temporarily turn off this function in the settings-Xiaoai classmates-voice search mobile phone.

Due to the major version upgrade of Android, Redmi Note10 5G will suspend the release of the internal test from November 29, 2021.