On November 26, Xiaomi successively released the new MIUI 12.5 beta update to its eligible Redmi and Mi smartphones that can be identified via the MIUI development version 21.11.24.

Adding to this, Redmi 10X Pro’s 21.11.24 version does not support root at the moment. Thus, the users who are applying the rooted version may temporarily not receive the beta update and need to wait until next week.

Other than this, due to the update of the Android version and preparations for MIUI 13, Xiaomi announced that Redmi Note 10 will be suspended from the public beta on December 3.

When talking about this beta update, Xiaomi has mainly paid attention to the bugs that appeared in the status bar of the MIUI development version, the theme wallpaper, etc. Some of them have even been repaired.

Further, the unavailability of the development version of the China Construction Bank App has been reported to a third party. Whereas, the Mi 11 Ultra development version’s problem of a black screen after fingerprint unlocking is under further investigation has been fixed. 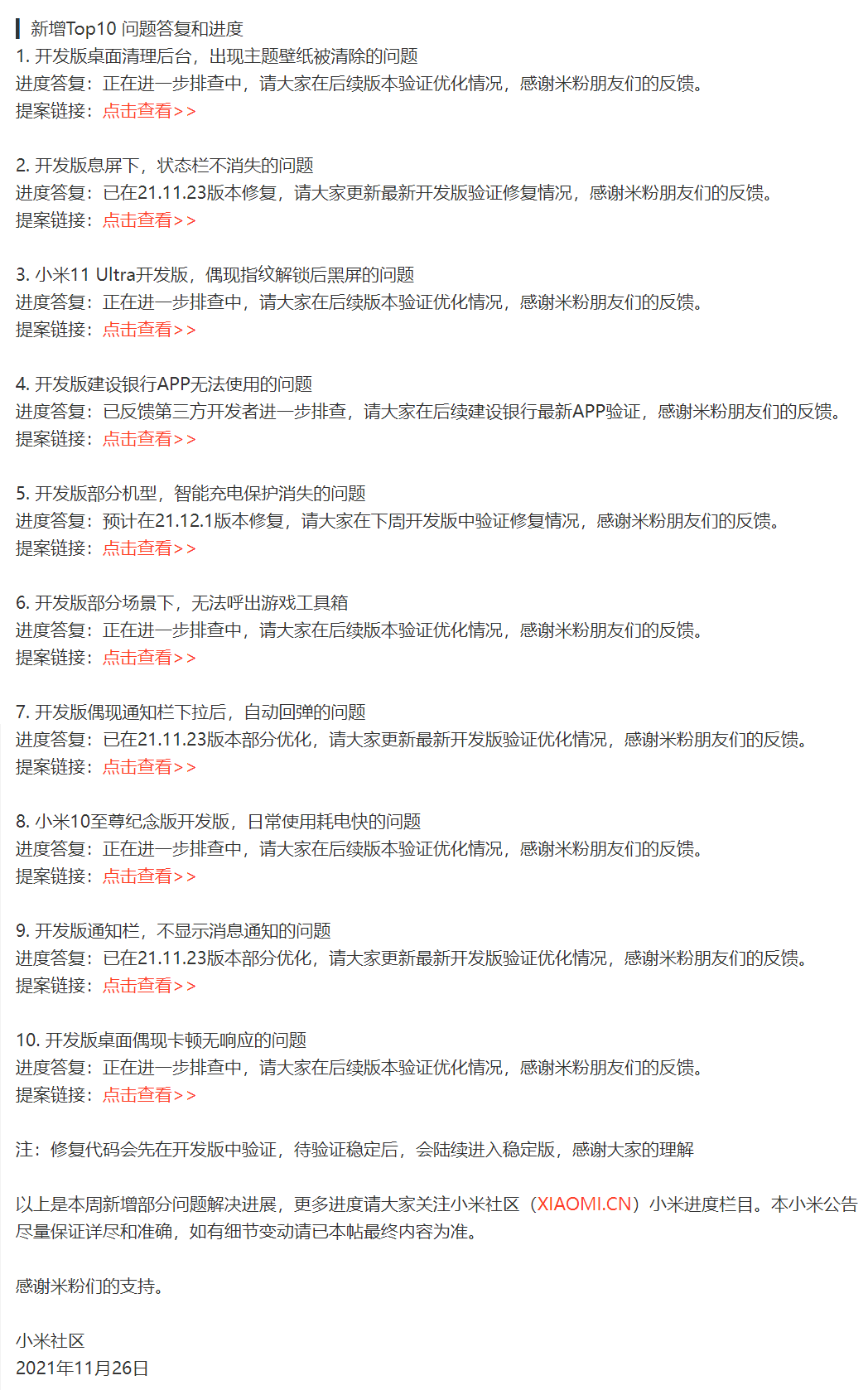