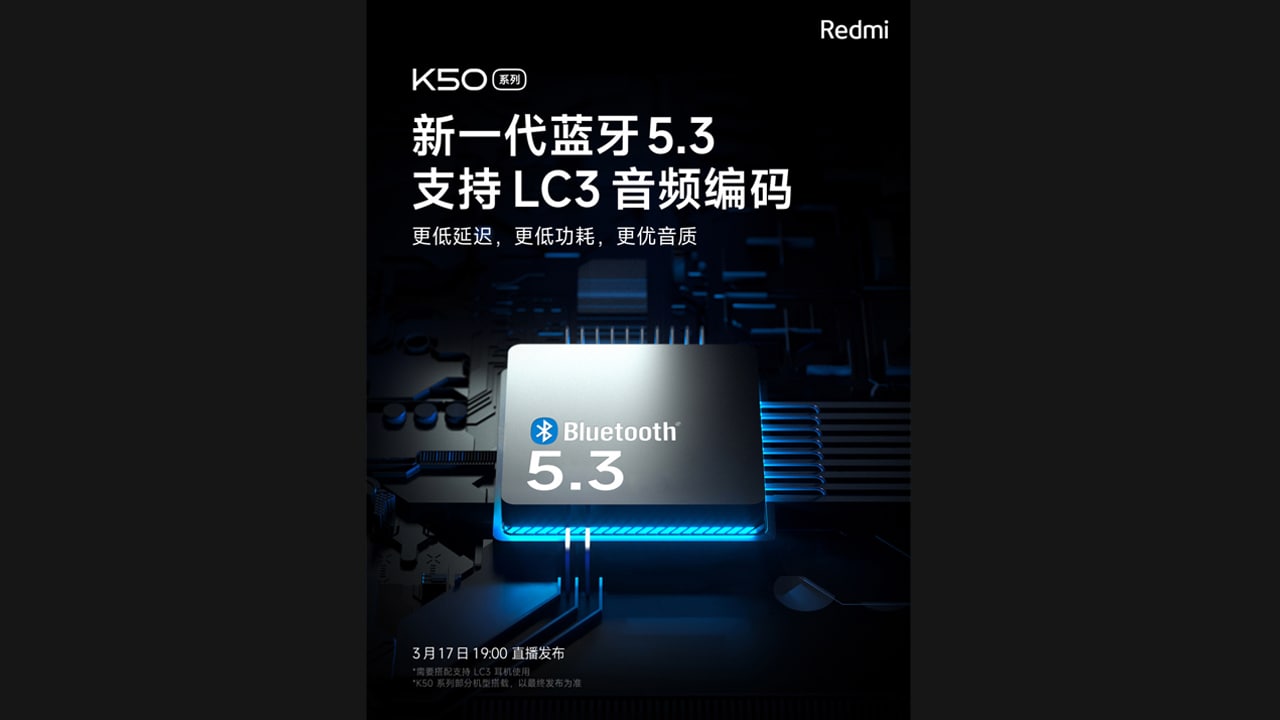 A few days ago, Redmi officially announced the K50 flagship series. The new phone will be released at 19:00 on March 17. The theme of the conference is “Exceeding the imagination”.

According to reports, the Redmi K50 is “the world’s first Dimensity 8100 and the world’s second Dimensity 9000, with models of “high performance”, models of “low power consumption”, and models beyond imagination.

In addition, the official website promotes the device today, saying that the K50 series will be the first in the industry to support the new generation of “Bluetooth 5.3”, with lower latency, more friendly to game scenarios, lower power consumption, and stronger anti-interference ability and support the new LC3 audio encoding.

Redmi also said that the Redmi K50 series “restores the beauty of the universe of the most beautiful meteorite “Olivine Meteorite” for you with a new “nano-microcrystalline process”.

Officially, the Dimensity 9000 is said to be “the pinnacle of its debut”. Its performance is really strong, and its power consumption is worth looking forward to.

In addition, it seems that not only the K50 series will be unveiled at Redmi’s most important conference of the year on March 17, but all blockbuster products will usher in annual updates.