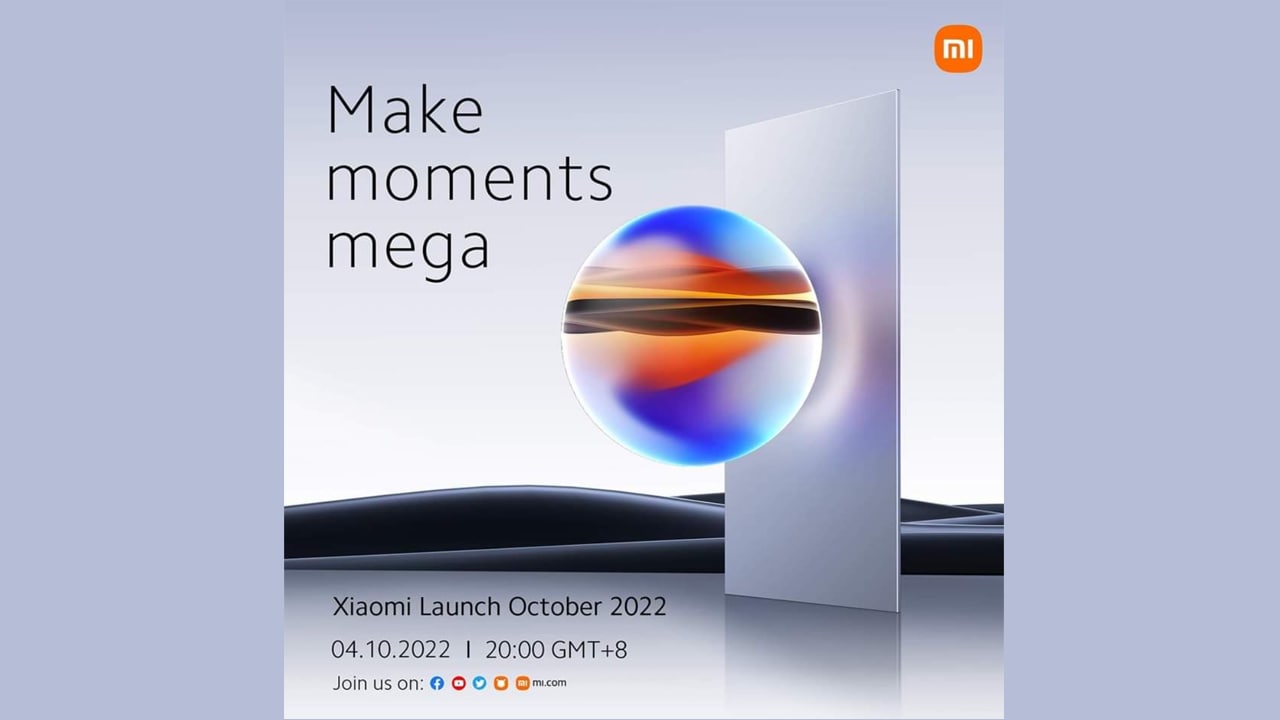 According to the revealer Abhishek Yadav shared a picture on social platforms, which is suspected to be a poster for Xiaomi’s new product launch. As can be seen from the picture, Xiaomi will hold a new product launch conference on October 4th.

Although the picture does not reveal what exactly Xiaomi will release, the source said that the Xiaomi 12T / Pro mobile phone, Redmi tablet, and TWS headset will all be unveiled at this conference.

Moreover, Xiaomi 12T Pro has previously appeared in the Geekbench database, and the phone will be powered by Qualcomm Snapdragon 8+ Gen 1 chip. According to previous reports, the Xiaomi 12T Pro is an overseas enhanced version of the Redmi K50 Extreme Edition.

Furthermore, it is expected to use a 6.67-inch AMOLED screen with a screen resolution of 1,220 x 2,712 and be provided with under-screen fingerprint recognition.

In terms of imaging, the Xiaomi 12T Pro has a front-facing 20-megapixel selfie camera, and the rear three cameras are a 200-megapixel main camera + 8-megapixel wide-angle camera + 2-megapixel macro camera.

In terms of battery life, the device has a built-in 5000mAh battery and supports 120W fast charging. In terms of system, the device will run MIUI13 system based on Android 12.