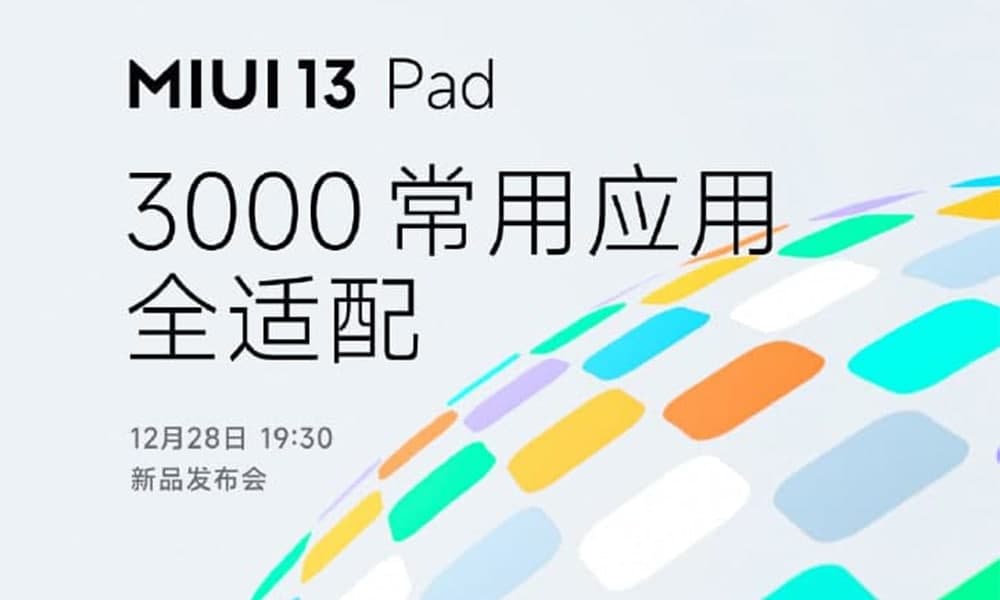 Xiaomi has officially announced to launch MIUI 13 on December 28. Alongside this, the company has also declared that MIUI 13 Pad is also coming on the same day. The event will start at 19:30 (China time) and will go live on Xiaomi’s official social media and websites.

As the name mentions, MIUI 13 Pad directs to the MIUI 13 system for Xiaomi tablets. It already supports 3000 applications, which means these apps will work on Xiaomi Pads without any problems. Also, these applications are fully optimized and there’s no gap in the display.

We expect these applications to support multi-tasking free window display. Even though it may not be the tablet version of the app, it can still give users a better display. The result is a waste of screen space. 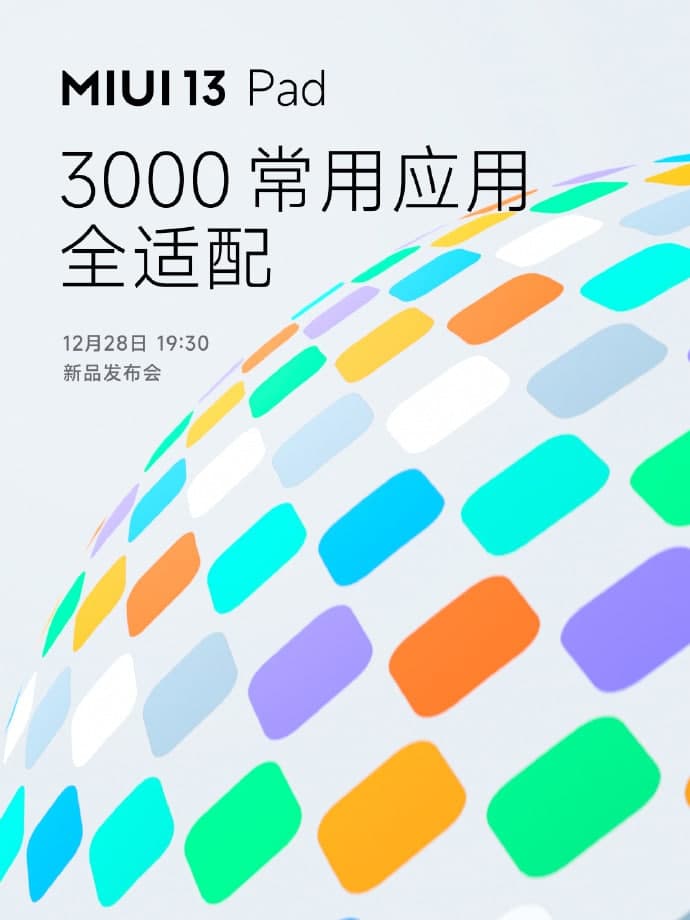 However, the other features are yet to be revealed officially. We believe that MIUI 13 Pad will introduce for the Mi Pad 5 series first. Obviously, because the Mi Pas 5 is currently the latest offering that the table area.

Previously, Xiaomi introduced MIUI for Pad operating system with Mi Pad 5. The MIUI for Pad brings several customizations onboard the tablet, which makes it easy to use various apps and gives users a near-PC level experience.

The OS is said to be adapted to more than 300 mainstream applications at present. It also supports custom input methods, split screens, small windows, parallel windows, and other functions, bringing a more convenient entertainment, office, and leisure experience.

Xiaomi MIUI 13 has made great progress and it features several major changes and improvements over the current MIUI 12.5. It will mainly focus on smoothness and fluency. Thanks to the breakthrough in its underlying core technology, it will have a 15% to 52% increase in system fluency when compared to the older version.

In addition, the applications will also open faster, as the system applications fluency is increased by 20%~26% and the frame drop rate is reduced by almost 90%. Whereas for faster read and write times, MIUI 13 also concentrates on Focus Computing 2.0, Liquid Storage, and Atomic Memory.