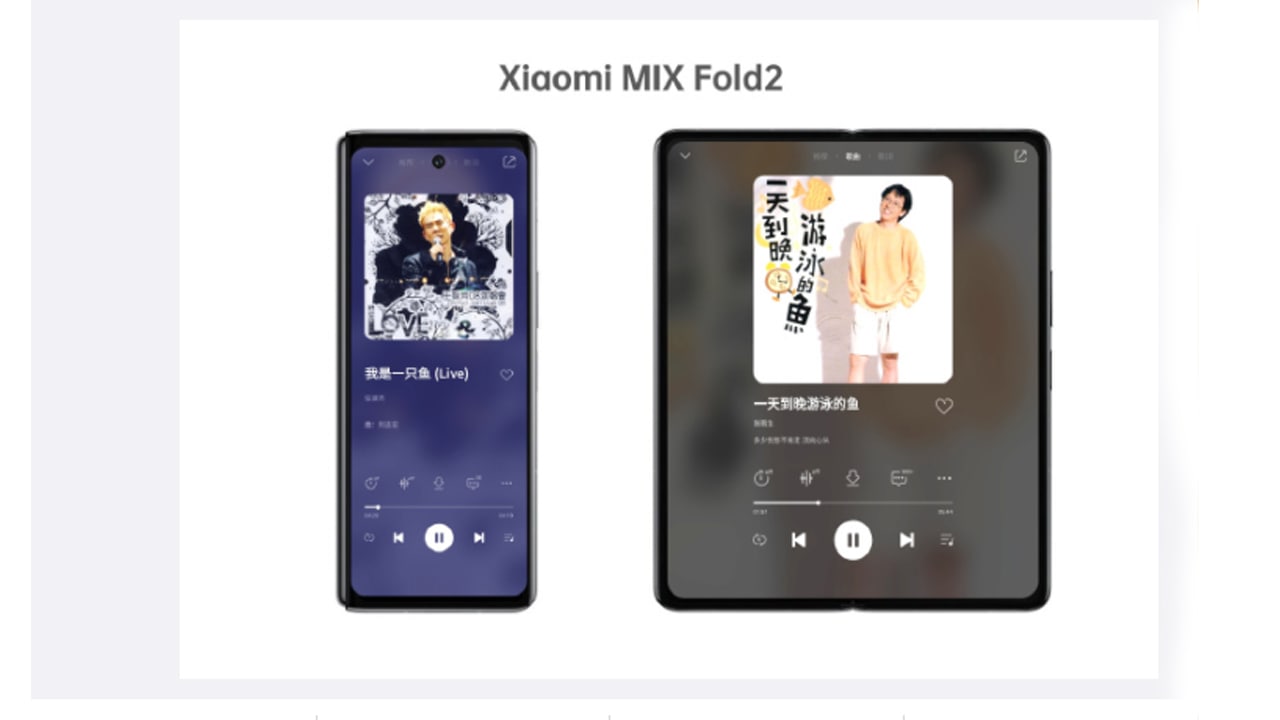 Xiaomi MIX FOLD 2 folding screen mobile phone is getting closer and closer to the release time and the design of the device has been revealed recently.

Weibo blogger @ibing universe announced the design of the Xiaomi MIX FOLD 2 folding screen today and said that after only one year of polishing, the changes are great. The picture shows that the MIX FOLD 2 uses a centrally punched outer screen, and there is no obvious punch in the inner folded screen.

Xiaomi MIX FOLD 2 folding screen adds 12GB+512GB, 12GB+1TB storage, Redmi K50 Ultra adds 12GB+256GB, 8GB+128GB storage. Previously, xiaomiui.net broke the news that the Xiaomi MIX FOLD 2, codenamed “zizhan”, has a screen size of 8 inches, which is not much different from the iPad mini’s 8.3 inches. The external screen size is 6.5 inches, which can be folded in both directions.

It is reported that the Xiaomi MIX FOLD 2 mobile phone will be equipped with the Snapdragon 8+ Gen 1 chip, using a 2.5K LTPO 120Hz high refresh rate internal and external screens, better control of the crease, and changes in the design of the external screen. The Xiaomi MIX FOLD 2 is only a little thicker than the charging port on one side, and it is also very thin when combined.

The processor has a dual filter configuration, which can realize parallel processing of high and low-frequency signals, and the signal processing efficiency is increased by 100%. With the self-developed algorithm, the 3A (AF, AWB, AE) performance of the image is greatly improved.