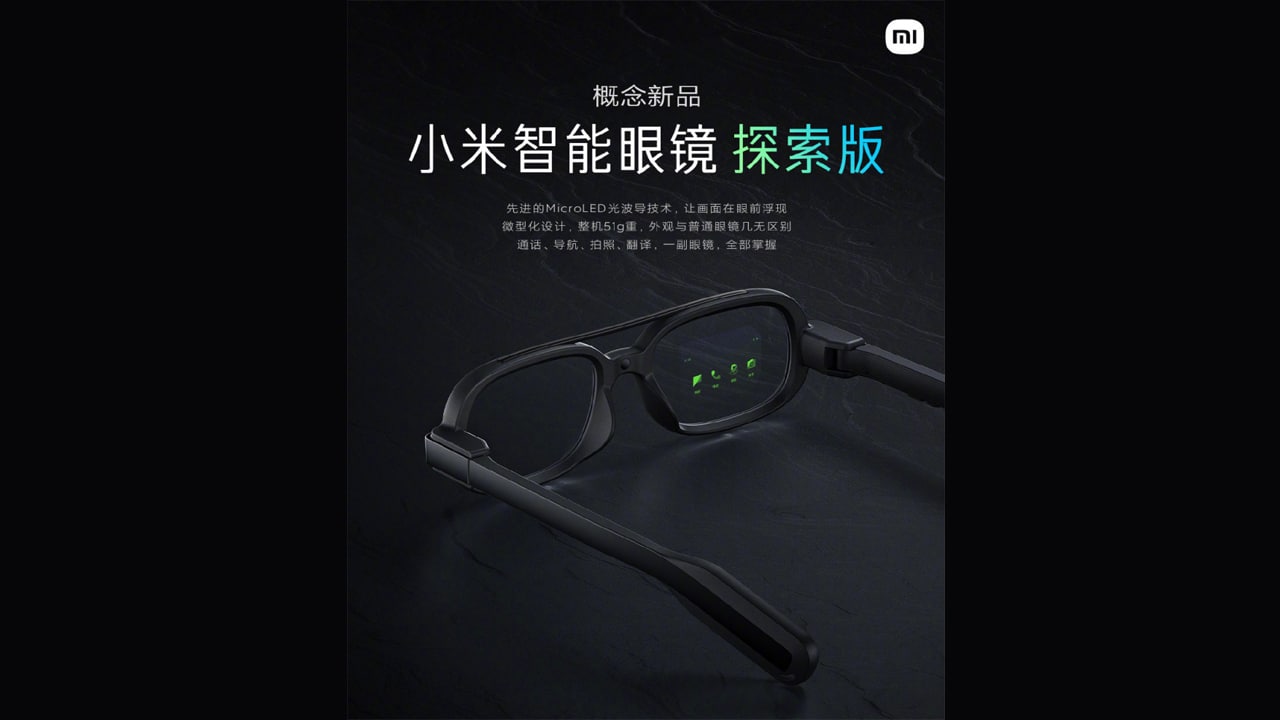 Xiaomi announced that it will unveil a new product that has never been seen before on August 1, which seems to be smart glasses from the poster. In September last year, Xiaomi showed a concept product, the Xiaomi Smart Glasses Explorer Edition.

According to reports, the Xiaomi Smart Glasses Explorer Edition uses MicroLED optical waveguide technology to hide a sesame-sized MicroLED microdisplay in the frame. Through the advanced optical waveguide lens, the light can be transferred into space.

Officials say that using the camera in front of the glasses, you can also realize the functions of fast “photographing” and “photographing translation”. Using the built-in microphone and the self-developed algorithm of the device translation team of Xiaomi AI Lab, the function of “real-time voice translation” can also be realized, converting the other party’s words into text in real-time and translating it, which is very convenient when traveling.

The never-before-seen new product that Xiaomi will release tomorrow is likely to be the mass-produced version of the “Xiaomi Smart Glasses Explorer Edition”.