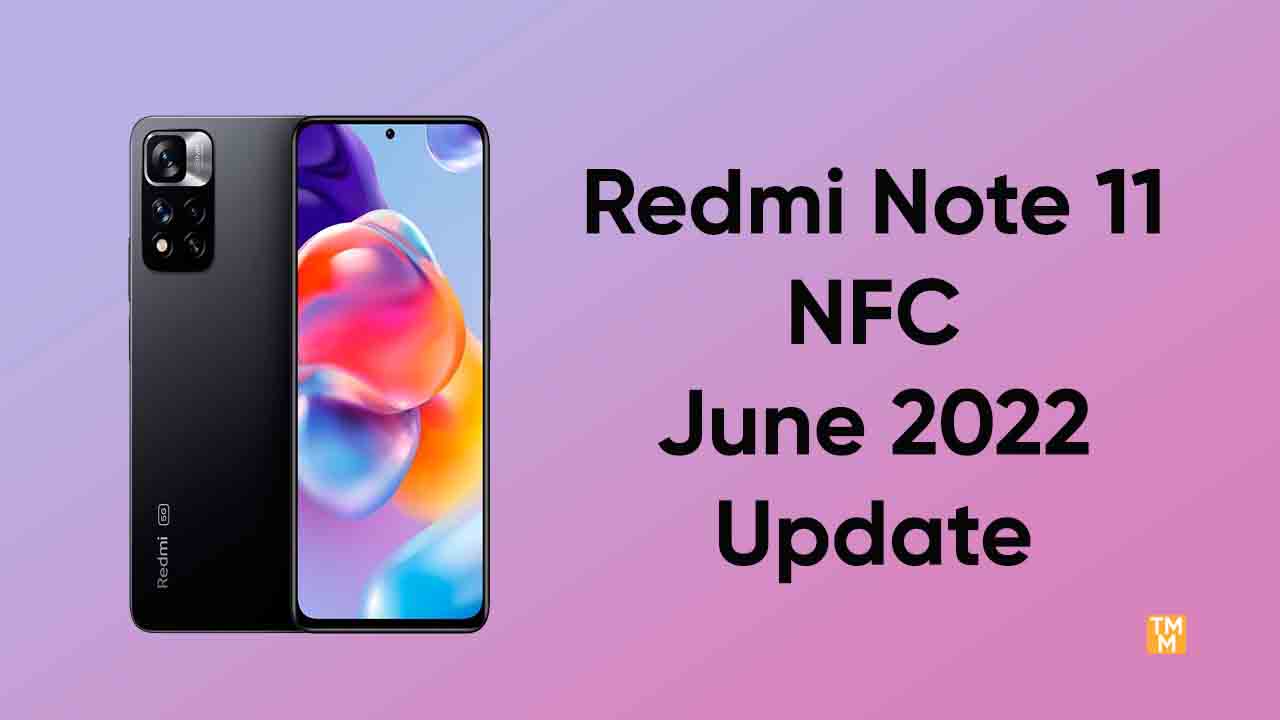 Xiaomi has begun to roll out the latest June 2022 security patch update to the Redmi Note 11 NFC smartphone users. The update comes with build number V13.0.6.0.RGKIDXM is based on the Android 11 and weighs 2.8 GB. It is currently released in Indonesia and is expected to be released in other regions soon.

As always, it fixes some security and privacy issues to protect your device from unwanted threats. In addition, this release improves the stability of the system to improve the overall user experience.

Xiaomi has begun to roll out a new software update for Redmi Note 11 NFC users in Europe. this update primarily installs the June 2022 security patch update for improving the device’s system security for device performance enhancements.

In addition, this update protects your device from bugs and viruses. Apart from this, this update does not come with any other features and changes. Furthermore, the update is currently going live in Europe, and other markets are expected to receive it in the next few days.

The fresh June 2022 security patch update for Redmi Note 11 NFC holds MIUI 13 based on the Android 11 build number V13.0.11.0.RGKEUXM and users will have to download this latest update around 2.9 GB package size via the link below.

How to update manually:

Now you can also install it manually through the settings. To do this, head over to the Settings of your phone. Now go to the MIUI version and click on download and install. After installing, restart your device and it’s done.