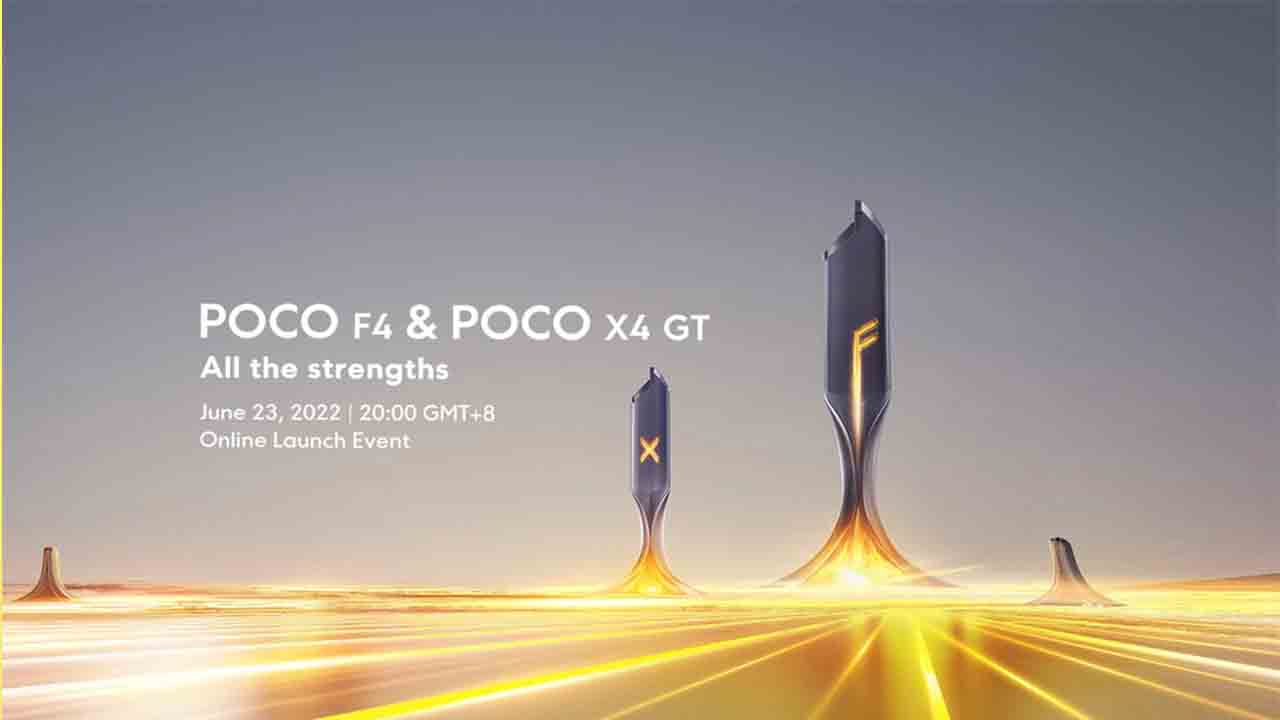 Last week, Xiaomi sub-brand POCO shared a post announcing the launch of two new devices in global markets that it would host a launch event on June 23 to unveil the POCO X4 GT and POCO F4. The company has revealed its design, launch date and time, and Flipkart availability.

Recently, the company share some posts on its official Twitter handles @POCO that revealed the specification of the upcoming devices.

According to the tweets, the forthcoming POCO F4 will be powered by Qualcomm’s Snapdragon 870 chipset, while the POCO X4 GT will be equipped with MediaTek’s Dimensity 8100 SoC. Moreover, POCO suggests that the POCO X4 GT will feature a 144Hz LCD display and the POCO F4 will pack a 120Hz AMOLED display. The company also confirmed that both devices will offer 67W wired fast charging support.

With 67W turbo charging and a long-lasting battery, immerse yourself into a new era for your mobile experience.#AllTheStrengths #POCOF4 #POCOX4GT pic.twitter.com/uwAYWxcG5B

With the previous leaks, the upcoming POCO X4 GT will be rebranded as the Redmi Note 11T Pro of the Chinese variant. That’s why we expect the device to feature a 6.6-inch FHD+ 144Hz IPS panel, a 16MP selfie shooter, a 64MP triple camera setup, up to 8GB LPDDR5 RAM, and 512GB UFS 3.1 storage.

Moreover, the phone will feature a 5080mAh battery unit with support for 67W fast charging.

As per the previous report, the POCO F4 seems to be a rebranded Redmi K40S of the Chinese variant. The upcoming device will feature a 6.67-inch OLED 120-Hz display, a Qualcomm Snapdragon 870 5G processor, 6 to 12GB of RAM, 128GB of internal storage, and a 4500mAh battery, and a 48MP triple camera setup.

Moreover, the forthcoming POCO F4 will be released with the most recent stable Android version, Android 12, and MIUI 13 as Xiaomi’s official Android skin.

Reminding is caring 👉🏾 show your eyes some love as never before with the first-in-class display offered by #POCOX4GT & #POCOF4.