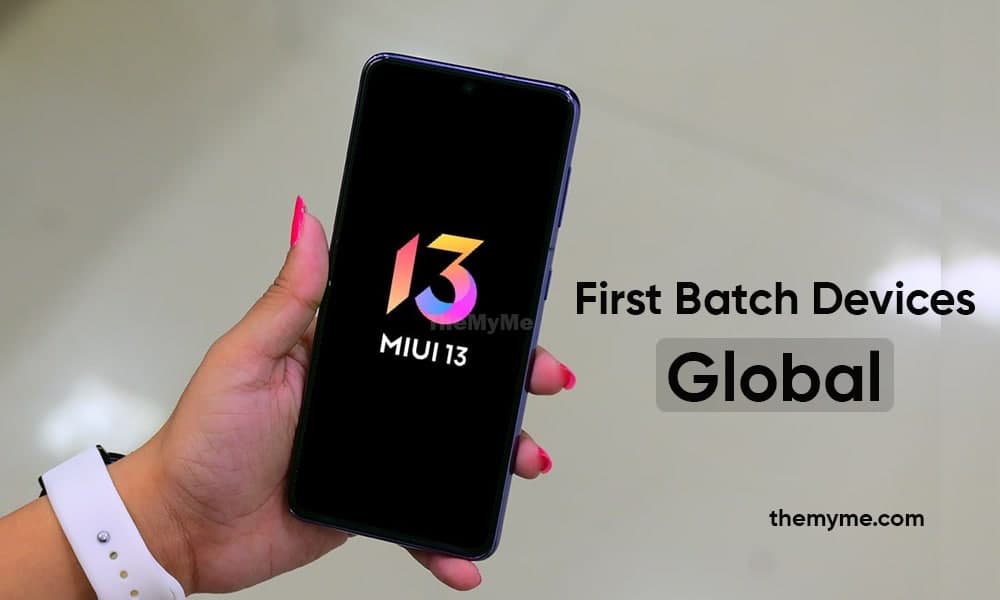 Xiaomi MIUI 13 is now official and will start rolling out for its eligible devices in China shortly. Today, the company publically released the list of devices that will get the stable MIUI 13 updates globally in the first batch.

The list includes sets of Xiaomi Mi and Redmi smartphones that will begin collecting updates in the first quarter of 2022. Of course, Xiaomi MIUI 13 update will first release for new and high-end devices. Below you can check the list of devices.

Xiaomi MIUI 13 China has arrived with several changes over MIUI 12.5. It brings a bunch of new features, wallpapers, animations, widgets, Mi Sans font, and much more. When considering MIUI 13 Global, there will be limited features (Via Xiaomi).

Unlike MIUI 12/12.5 or the previous MIUI version, it was expected that Xiaomi will unlock all the MIUI 13 features and changes for global ROM users. Although it seems that our expectations have been dashed as only select MIUI 13 features will be available outside China.

With the new user interface, Xiaomi mainly focused on improved security and compatibility with more devices such as TVs, smartwatches, smart home appliances, and XiaoAi voice assistant. In addition, for the first time, the company has introduced a specific tablet version named MIUI 13 Pad. However, it is yet to see if the company will make this widely available.

On the other hand, along with several animated wallpapers and new widgets that place better with the UI, MIUI 13 also brings a new font that enhances its overall beauty called MiSans.

Moreover, as privacy is an important concern for smartphone users, Xiaomi brought a three-step verification process, thus, providing users more privacy over their system. Furthermore, users can create their own customized avatar of Xiaomi’s Xiao AI virtual assistant and can choose from different voices and set a custom wake word in China.