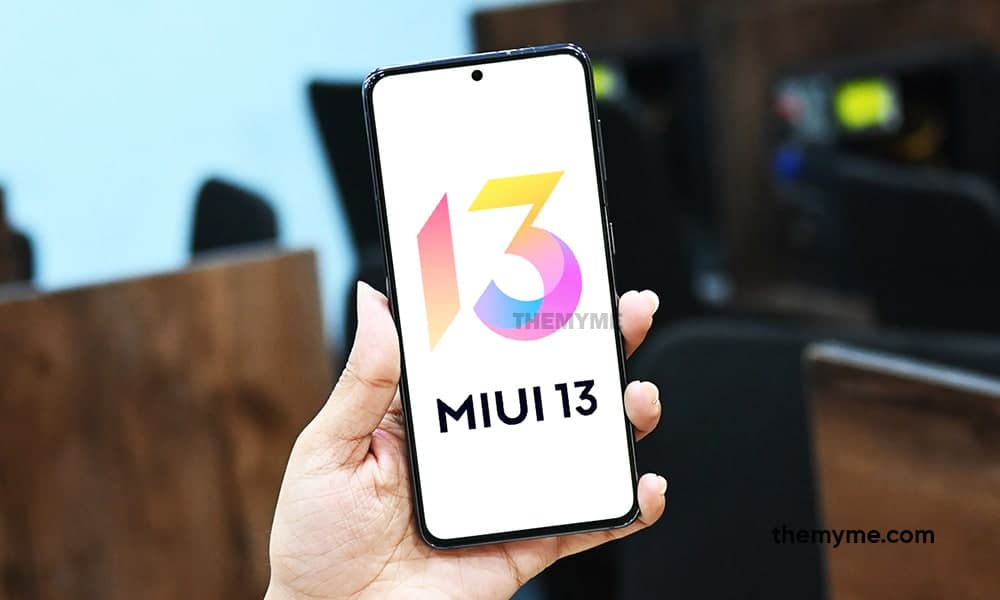 Xiaomi will launch Xiaomi 12 series on December 28. However, the high-end smartphones will not be the only highlight of the event. Xiaomi has recently announced that it will introduce the new-gen MIUI – MIUI 13 on the day. The event will start at 19:30 (China time) and will go live on Xiaomi’s official social media and websites.

Moreover, Xiaomi executive is using MIUI 13 for a long. And after testing it, now the company has unveiled that MIUI 13 has made great progress and it features several major changes and improvements over the current MIUI 12.5.

Xiaomi further announced that the forthcoming MIUI will mainly focus on smoothness and fluency. Thanks to the breakthrough in its underlying core technology, it will have a 15% to 52% increase in system fluency when compared to the older version. 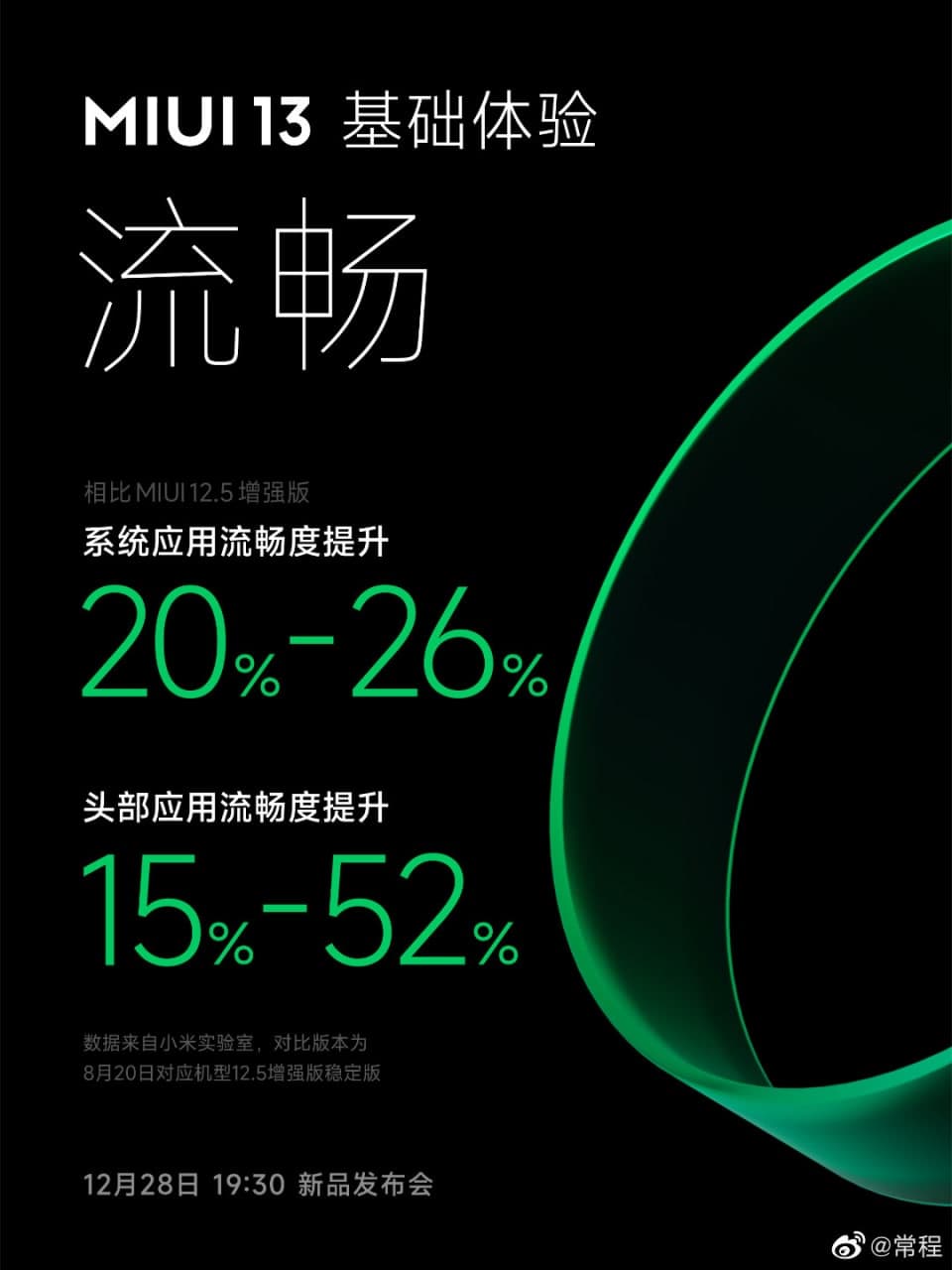 In addition, the applications will also open faster, as the system applications fluency is increased by 20%~26% and the frame drop rate is reduced by almost 90%. Whereas for faster read and write times, MIUI 13 also concentrates on Focus Computing 2.0, Liquid Storage, and Atomic Memory.

On the other hand, Xiaomi CEO also shared a poll that asks what feature do the users expect to have in the upcoming MIUI 13. In response, the bulk of users reports that they expect that MIUI 13 ensures smoothness and non-blocking, followed by bug issues. 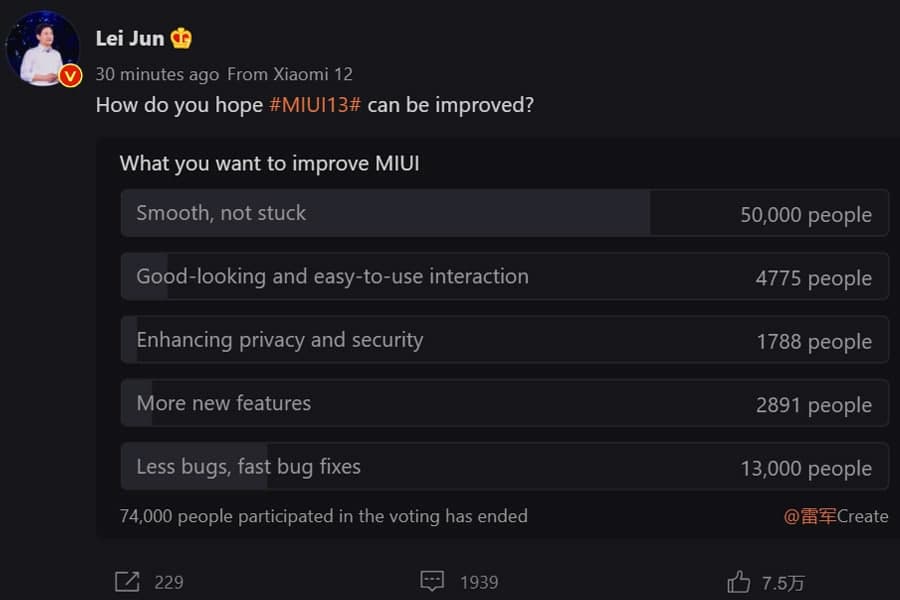 Considering these, it looks like the top priority for Xiaomi MIUI 13 are smoothness and no stuck Despite, it will be good looking and will focus on easy-to-use interactions, enhanced privacy and security, more new features, fewer bugs, faster bug fix, etc. Of course, all of these are very important aspects and will make MIUI 13 loved by people.

Anyways, besides Xiaomi 12, other Xiaomi devices such as the Redmi K40 series, Mi 11 series, Mi 10/10 Pro are also testing the Android 12 based MIUI 13 version. We expect that these phones will also get major software updates in the meantime.