Meanwhile, following the new information via xiaomiui, the firmware also improved MIUI File Manager. It adds a button for quick access to the Mi Drive cloud. This MIUI File Manager update can be identified via the build version V4.3.2.9.

Below you can check the first preview of MIUI 13 File Manager: 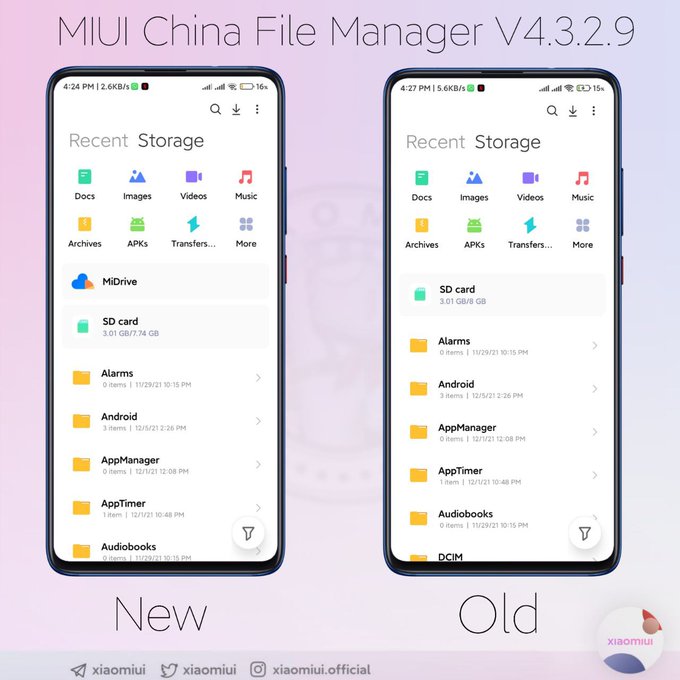 The MIUI File Manager was previously also spotted in MIUI 12.5 beta update. It mentioned that MIUI 13 File Manager will come with new folder icons. However, no other change has been noticed.