Xiaomi was said to uncover Xiaomi 12 smartphones on December 16. Later some reports claimed that December 28 is the launch date for the device. Now a Xiaomi executive hints at another launch date.

In a recent development, Xiaomi’s general manager of the public relations department, Wang Hua, responded to rumors that Xiaomi 12 will be released on December 9, saying that the unpacking seal usually has a barcode to indicate which store leaked.

Indirectly, he indicates that Xiaomi 12 will not be released on December 9. On the other hand, DigitalChatStation reveals that the new Xiaomi 12 series has not been filed, and it is still the original date (via). 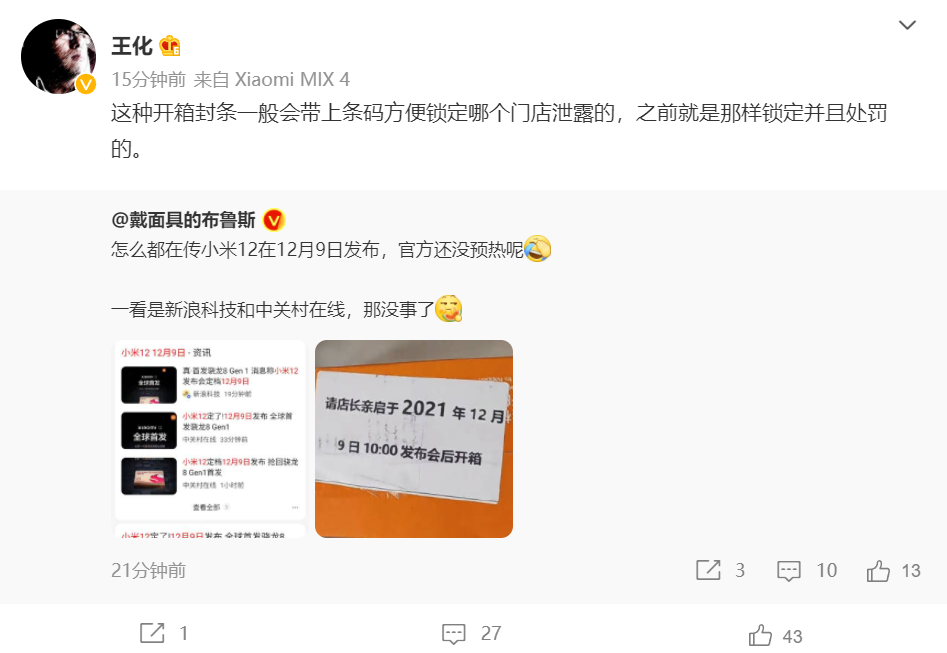 Recently, Xiaomi officially announced that Xiaomi 12 will be featuring the brand new Snapdragon 8 GEN 1 chipset. While Xiaomi usually becomes the first to introduce Snapdragon’s latest flagship SoCs, it looks like Lenovo might be the one to beat this time.

In the past few days, we meet several leaks and rumors about the upcoming Xiaomi 12. Although there’s no official confirmation on the launch date, we believe that the OEM will soon make an announcement as it has already started teasing the product.

When talking about its specifications, it will reportedly equip a 2K screen with a 120Hz adaptive refresh rate adjustment, which can be switched according to the usage scenario. Aside from this, Xiaomi 12 will be featuring the 100W fast-charging system, a 50MP telephoto, and an ultra-wide lens set up.

A recent report reveals that the upcoming phone will sport a triple camera setup on the rear, which features an AG glass body, similar to the current Xiaomi CiVi.