Xiaomi’s MIUI may get criticized for a few things but it has always been one of the most feature-rich Android skins and Xiaomi continues in that vein so far. We all are now familiar with MIUI 12.5. It comes with a bunch of new and advanced features.

Now the company is preparing to release the next version of its custom UX, MIUI 13. Recently, we have come to know that MIUI 13 may debut with Xiaomi Mi Mix 4 in the second half of this year.

Now the same tipster, who is known as DigitalChatStation reveals some screen shorts of upcoming MIUI 13. Following his report, the MIUI files that are being internally tested have adopted a brand-new interface design style.

Moreover, the middle part in the screenshot shows the usage of storage space and application dual opening. While below are various folders. 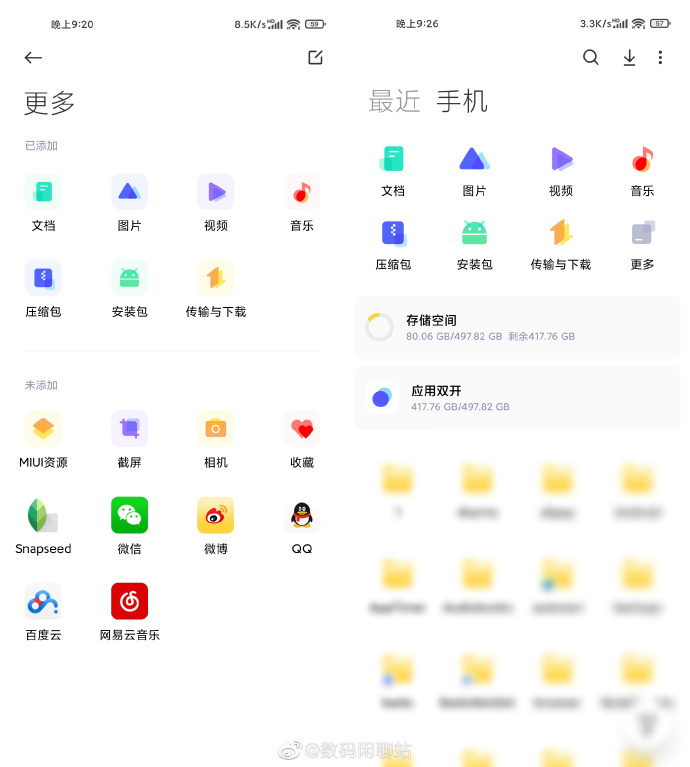 Besides, according to previous data, Xiaomi could introduce the new version of its custom skin MIUI 13 based on Android 12. Unlike old tales of MIUI that are based on at least two Android versions, MIUI 13 will completely be different.

Also, it was revealed that the smartphones of the last two years will be updated to the new-gen MIUI. Check the list of phones that are expected to get MIUI 13 here.