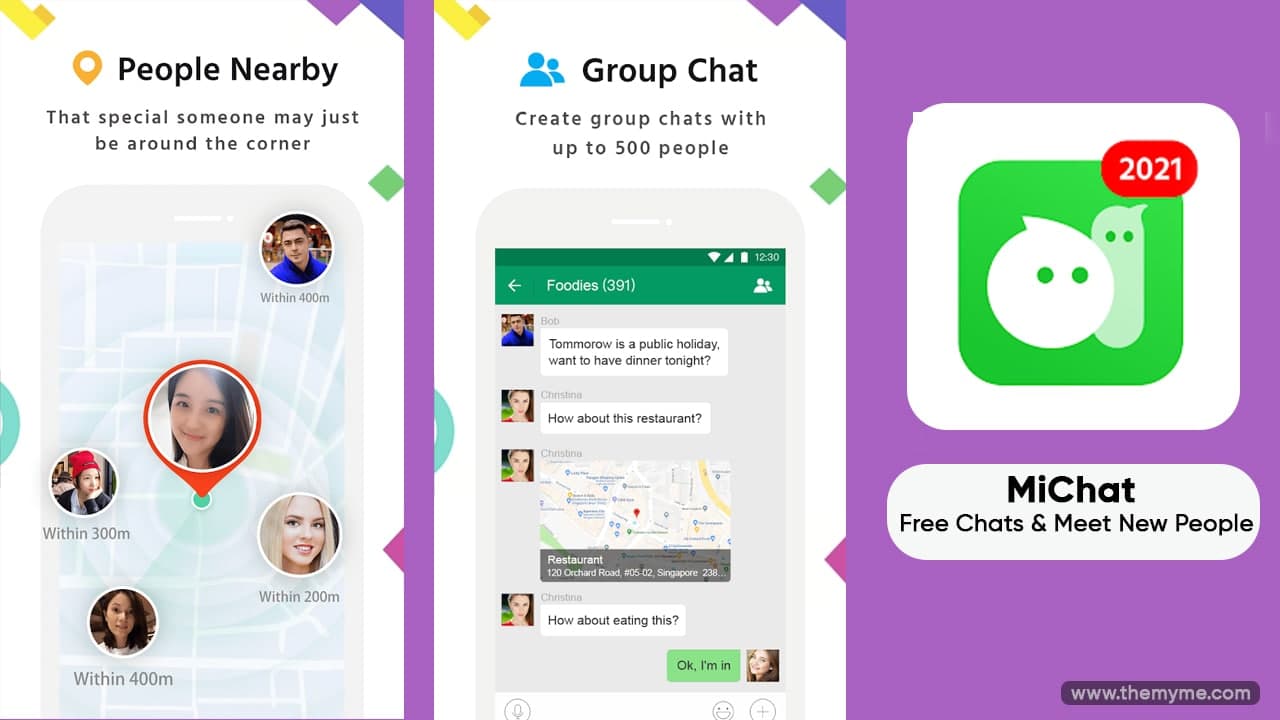 A few days ago, Mi Talk – a subsidiary of Xiaomi officially declared that it will stop the service on February 19, 2021, at 12:00. Currently, the first item in the function list in the MiChat app is to export chat records.

As per the company’s official announcement, 10 years ago, Mi Chat appeared earlier than WeChat, its initial functions were more complete than WeChat. But everyone knows the story later. 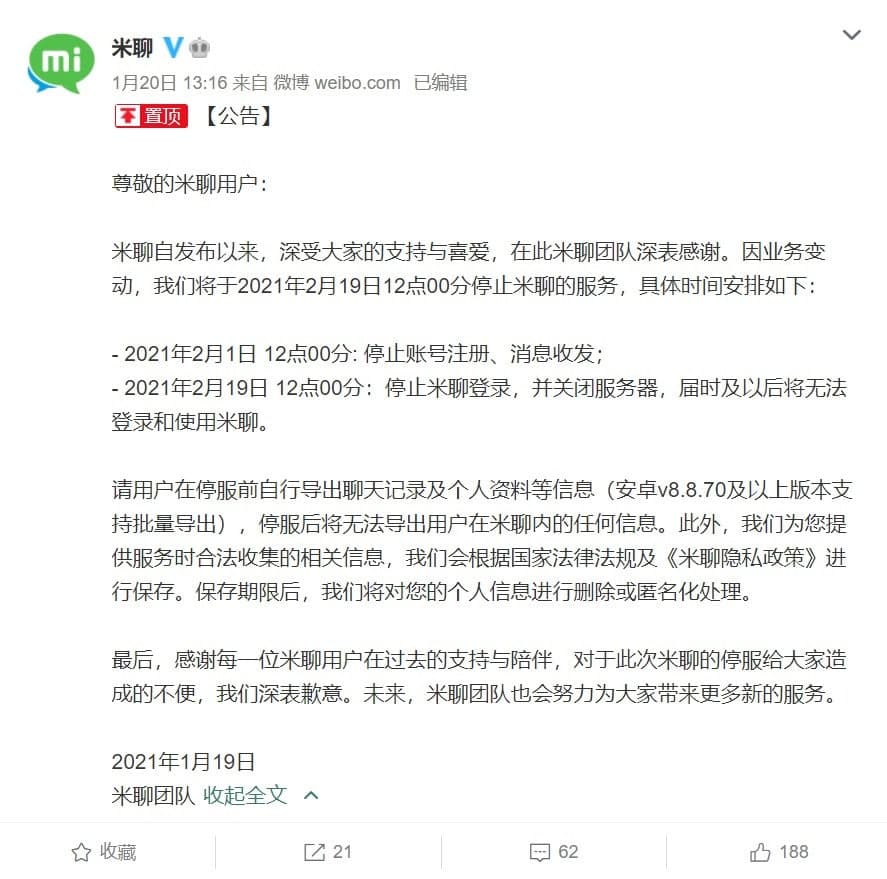 WeChat quickly gained users with the QQ relationship chain and product iteration, leaving Michao far behind. Before the announcement, Michao’s official Weibo had not released any content for more than a year. In fact, this software has faded out of sight of many people in the past few years.

However, for some users, the suspension of Mi Talk will have an additional impact. In the comment section of the official Weibo announcement, many people have asked various questions.

Some of them are as follows – What should I do if I want to use remote assistance in the future? Some people even said that they bought Xiaomi phones for their parents for remote assistance. 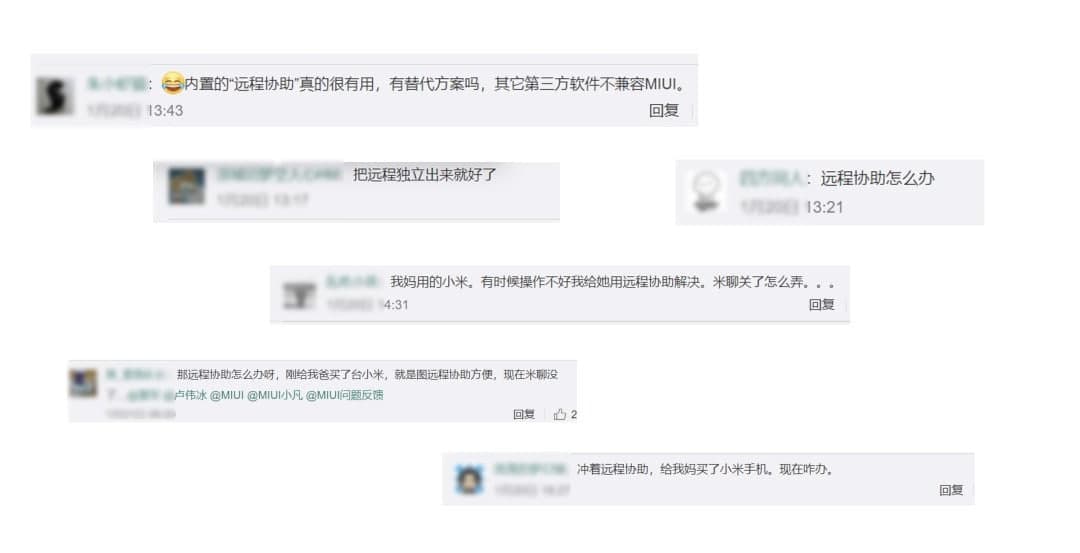 The reason for these types of feedback is that the remote assistant feature is epic. It allows users to remotely operate the second person’s mobile while making a video call to modify settings and delete apps.

Many brands of mobile phones, including Huawei and Meizu, have similar functions but there is no such detailed introduction of Hammer Technology.

The difference is that this feature has undergone many changes in the MIUI system, including once an independent “remote assistance” app, integration into the “Mi Video Call” app, and finally integrated into Mi Chat.

However, there are still some third-party tools that can be used, considering the operation cost and safety of the other party, there is no perfect alternative.

For many people, remote assistance may not be a core mobile phone function, but it can be very complicated when needed. Especially when parents encounter problems with their mobile phones, it is difficult to solve the problem only through voice communication.

Other than this, earlier in a Q&A about MIUI developers, Xiaomi mentioned that it would add remote assistance in the minimalist mode. The minimalist model is originally a parent-friendly feature.

It may be a good idea to add the remote assistance switch to it. I hope it will go official as quickly as possible and don’t let this window period be too long.